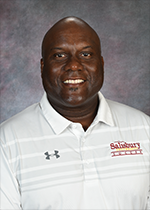 Lloyd starts his eighth season after being regionally-ranked No. 7 in the United Soccer Coaches poll and No. 8 in the NCAA poll in 2019.

Seventh-year head coach Kwame Lloyd was tabbed for the CAC Coach of the Year after turning around a team that went 7-10-1 overall and 3-4 in the CAC in 2018 to a 13-3-3 overall record and a 9-0-1 conference mark to win the CAC regular-season crown. Freshman Kasey Lamb collected CAC Rookie of the Year and a league-high eight Sea Gulls landed on the All-CAC First Team. Emma Hill also saw All-ECAC Second Team while Jenna Beck and Brooke Rossiter both also saw All-Region honors by United Soccer Coaches; Beck collected Second Team and Rossiter collected Third Team.

The Sea Gulls carried a 14-game unbeaten streak to earn the top-seed in the CAC Championship Tournament, for the first time since 2012 season.

In the 2018 season, Lloyd saw an appearance in the CAC semifinals after edging out Frostburg State in the CAC First Round for the 3-2 overtime win. Posting a 3-4 conference record, Salisbury saw conference wins over Penn State University-Harrisburg, St. Mary's College of Maryland, and Southern Virginia University.

In 2017, Lloyd led his team to a record of 10-10 overall and 7-2 in the conference. A stifling defense helped the Sea Gulls win six straight shutout victories to start conference play and ultimately propelled them into the 3rd seed in the CAC playoffs. Salisbury defeated No. 6 Penn State University - Harrisburg in the opening round before falling to No. 2 Frostburg State University in the semifinals, 1-0. Lloyd's team earned five all-conference honors, including three on the first team.

In his fourth season, Lloyd's team posted a record of 5-8-4 and saw four of its games head to extra time including three double overtime finishes. The Sea Gulls advanced to the CAC tournament but saw their season come to an end against St. Mary's (Md.) with the Seahawks netting a game-winner in the fading minutes to escape with a 2-1 result. Three Gulls earned All-CAC honors as Lindsey Andonian and Ruthie Lucas were named to the first team while Jenny Gavigan garnered second-team honors.

During the 2015 season, Lloyd led the Sea Gulls to a 12-4-2 record and a trip to the CAC quarterfinals. The 12 wins were the most for the program since the 2011 season. Lloyd's team earned five all-conference selections, including three on the first team.

In his second year at Salisbury, Lloyd coached the Gulls to a 10-6-3 record with a 7-2 mark in the Capital Athletic Conference and was named the 2014 CAC women's soccer Coach of the Year. Seven players earned all-conference nods, and SU advanced to the conference semifinals.

In his first season at Salisbury, the Sea Gulls finished with a 10-6-4 record and advanced to the CAC semifinals. Five players were all-conference selections and Tabitha Brown was an all-region selection and ECAC All-Star.

Lloyd was announced as Salisbury University women's soccer head coach in February of 2013. Lloyd is the third head coach in program history.

Lloyd comes to the Sea Gulls after a two-year stint at Wittenberg University, where he led the Tigers to a 19-14-4 record, including a North Coast Athletic Conference regular-season title, the program's fifth NCAA tournament appearance and was named the NCAC Coach of the Year.

Lloyd played collegiately at Lincoln University for one season before transferring to Susquehanna University where he competed in both soccer and track & field. In 1990, he was named the Most Valuable Player of the men's soccer program and earned his degree in political science in 1993.

After playing one year of professional soccer, Lloyd returned to Susquehanna serving as head coach of the women's soccer team and assistant coach for the women's lacrosse team from 1994-97.

Lloyd spent four years as the head coach of the men's and women's soccer teams and women's lacrosse team at Whittier College before returning east to Christopher Newport University. He piloted the Captains' women's soccer and lacrosse teams from 2001 until 2008. In that time, the women's soccer program claimed three USA South Conference tournament titles and appeared in the NCAA tournament three times, including a quarterfinal trip in 2004. He was named the USA South Women's Soccer Coach of the Year four times.

Lloyd spent three seasons as the head coach of the women's soccer program at Division I University of Vermont before arriving at Wittenberg.

Lloyd and his wife, Julie, have two children, a son named Kijana and a daughter named Jada. 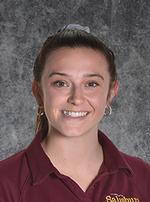 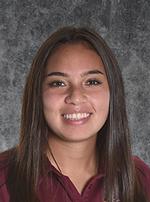 Jacqueline Vonitter begins her first season as the graduate assistant for the women's soccer team for the 2020-21 season.

Vonitter completed her Bachelor of Science in Athletic Training at Marywood in 2020 and will be pursuing her Master of Science in Applied Health Physiology at Salisbury University.